Get an email when it’s published! 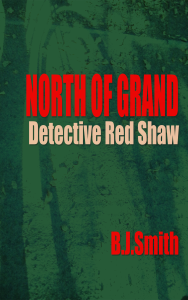 A special little excerpt for my Des Moines friends…

Shaw dropped Vega at 25 East First, drove back over the river and pulled into a parking spot across from the Ruan Center. He found some humor in the towering icon of commerce being at 666 Grand. While the beastly number didn’t particularly scare him, he was glad the modest Catholic diocesan headquarters was just across the street to keep a watchful eye on things.

Zach Costa didn’t see the thing that killed him. He couldn’t have described what it was even if someone had found him before his swelling, bleeding brain shut down for good. It took a few minutes.

First there was nothing. Then came a semi-conscious awareness of crushing pain, hands pushing him, probing his pockets, pulling an arm, a leg. He heard a voice, someone whispering angry words that meant nothing to him. He tried to speak. He saw his mother, his brother. An older man, too. Pop? A vision of Emma floated by, naked, beckoning. He tried to reach out. She faded into nothing.

He tried to remember something he was supposed to do. Get to class on time? Take out the trash? Get the box. That was it. If he could just get the box, he could ride on home. The pain turned to fire and blinding light and then it stopped.