The Esquire story about ending the decades-old presence of reporters in the White House will warm the hearts of those who enjoy denigrating “the press.” 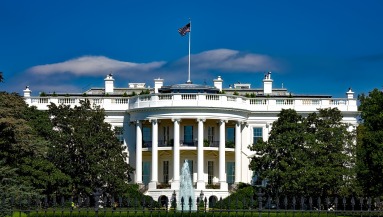 It certainly isn’t a surprise that the new administration would consider taking the matter so far. They know that it pays to pander to the minority of voting citizens who helped them win the Electoral College vote. News organizations are an easy target.

The story quotes someone identified as a senior official as calling the press “the opposition party” and saying, “We are taking back the press room.” The new press secretary maintains that the move is about logistics, that having press conferences and briefings elsewhere will enable more “press” to attend. (Coincidentally or not, it would also enable the positioning of more paid staff to cheer and applaud.)

The words and the symbolism are important, so I think we need to clarify some terms.

Journalists (news reporters and editors) play an important role in our society. Unfortunately in some cases, so do the analysts, columnists, commentators, propagandists, and bloviators that some citizens mistake for journalists.

Journalists report on what is going on in the world and help readers and viewers understand what’s going on by providing valuable context. The others may or may not do that.

The former keep an eye on those in power on behalf of the citizens to whom the powerful are accountable. Some of the latter have the best interests of the public in mind; others have their own political or financial interests in mind. Some will lie if necessary or profitable.

Powerful people and others who see it to their advantage throw all of these purveyors of information and or lies* into the nebulous category of “the press,” or the more all-encompassing “the media.”

If moving the “press room” out of the White House makes it more difficult for journalists to do their work, that is cause for concern.

When the incoming administration labels journalists an “opposition party,” it puts itself in direct opposition to the American people and the U.S. Constitution.

It slaps all citizens in the face, whether they feel the sting yet or not.

* Lie: Fake news, misinformation, and disinformation are among the popular euphemisms for this straightforward and easily understood term. See the Merriam-Webster definition of the verb form that means making an untrue statement with intent to deceive.